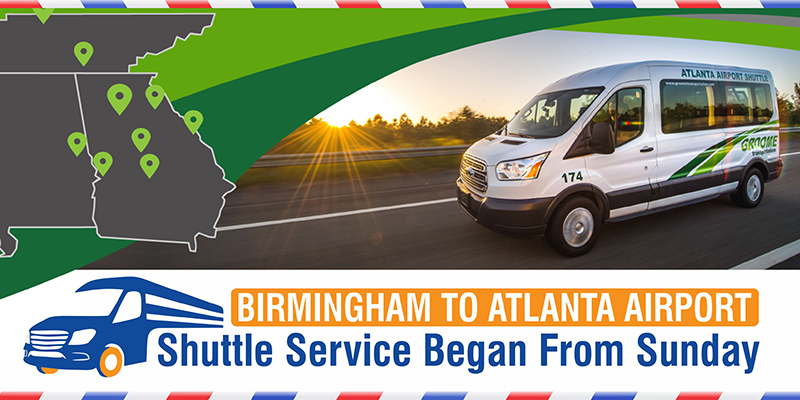 A company named Richmond, Va. based transportation began a shuttle service from Birmingham to the Hartsfield-Jackson Atlanta International Airport earlier this week.

The International Airport of Shuttlesworth in Birmingham is currently operating over 60 flights between itself and Atlanta every week with each flight only taking around 30 minutes, many travelers are preferring to avoid the hassle of adding a connecting flight either from or to the Atlanta airport.

According to the Birmingham Patch Services from Hartsfield-Jackson Atlanta International Airport to Birmingham will also be offered as the first shuttle will be scheduled to leave at 5:30 a.m. with the last trip from Atlanta at 1 a.m.

Reservations are booked in advance and can be bought online or by phone as the company will ask you to schedule the shuttle at least 24 hours before your trip to avoid any delays at the time of travel.

For now, all shuttles will be picking passengers from the Festival Shopping Center on Crestwood Boulevard for one way or round trip service.

For Adult shuttle trips, they have to pay charges, while for the children under three the ride is for free.