Virgin America To Be Altered Under The Brand Of Alaska Airlines! 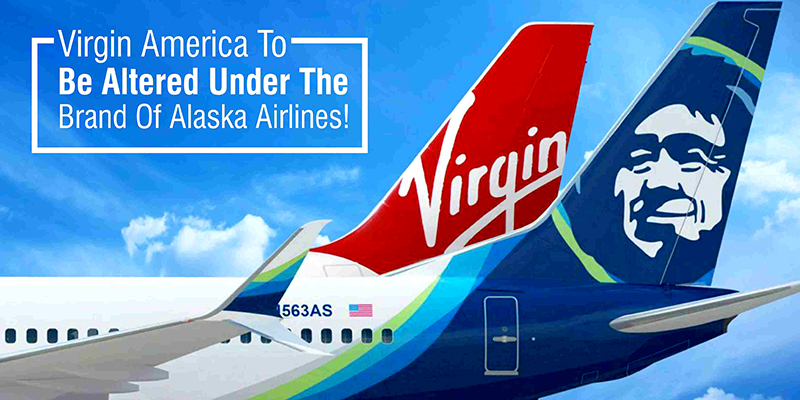 According to the spokesperson Scott Habberstad, the visual aspects of the merger are now a priority after successfully merging both airlines’ computer systems.

He also said: “The new interiors will include Gogo Inflight Internet, satellite internet, as opposed to the ground base which we have greater connectivity, greater ability to do things on the airplanes”.

Alaska Airlines is also considering a basic economy fare that will roll out potentially in the fall or winter of this year. With numerous airlines now offering them, these fares have become very popular of late.

Habberstad also said: “For our consumers, they’re not going to see a lot of difference except greater value. You’ll still be able to get your miles on Alaska Airlines. You’ll still be able to carry on bags. It does, however, mean you’ll be the last to board. You will get a seat assignment, but it’s going to be in the back half of the airplane and it might be a middle seat. But at the end of the day, it’s adding value. That’s what our guests want.”