Gujarat: An Experience You Need 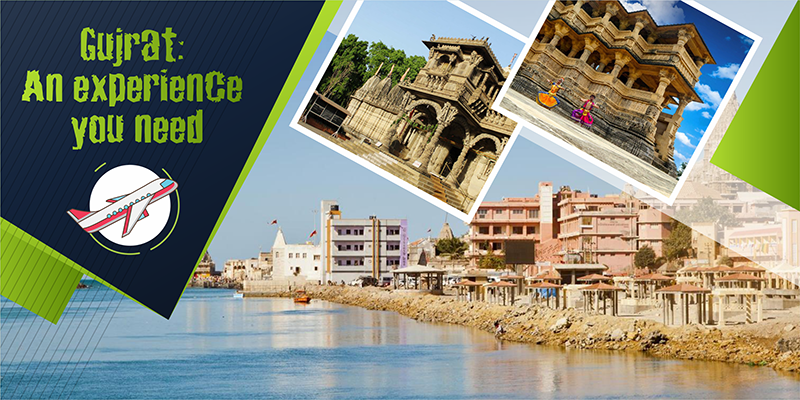 A lot of travellers pass through Gujarat while on their journey to Mumbai or Rajasthan. However, Gujarat is one amazing state that offers a lot than one can expect. Home to several amazing destinations nestled within its boundaries, like Ahmedabad which attracts you with its remarkable architecture and food, Gir National Park that is home to the majestic Asiatic lions and wild asses, and some tribal villages in the remote countryside that are still practising their crafts of weaving and embroidery that date back to several centuries, Gujarat is one of kind. There are several Hindu and Jain pilgrimage sites that give Gujarat a spiritual aspect as well. Here is a list of places that you need to visit in Gujarat especially when you are travelling to India. 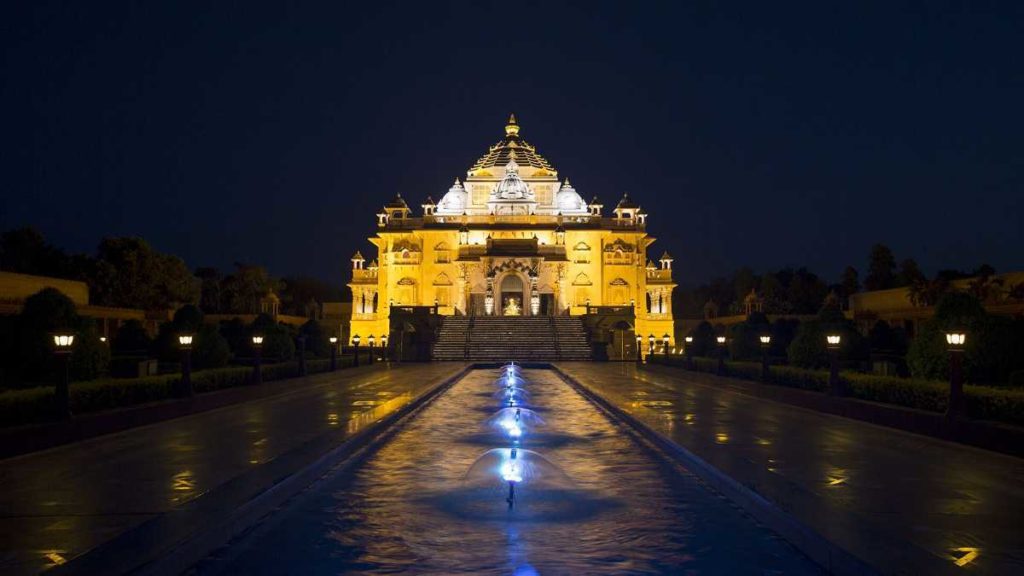 The beautiful city of Ahmedabad, is Gujarat’s capital and is also the first Indian city that is a Unesco heritage city. Of course it is going to be a little overwhelming at first instance as it will blow you away with its immeasurable wealth of centuries-old temples, mosques and mausoleums. However, it will definitely win you over with its excellent museums and its terrific dining scene. The best way for you to enjoy your stay in Ahmedabad is to stay in a hotel that has character to it and is part of the city’s rich history like the famous Deewanji Ni Haveli, House of MG or French Haveli. Those who are lovers of amazing varieties of food can choose between eating at street food stalls at the famous Ratri Bazaar, or can explore Gujarati cuisine at the atmospheric Vishalla. You can hire a reliable local guide who can help you check out the unmissable Calico Museum of Textiles, the splendid Hutheesingh Temple, Gandhi’s former headquarters at Sabarmati Ashram and the imposing Jama Mosque and SiddiSayid’s Mosque.

Kachchh And Its Villages:- 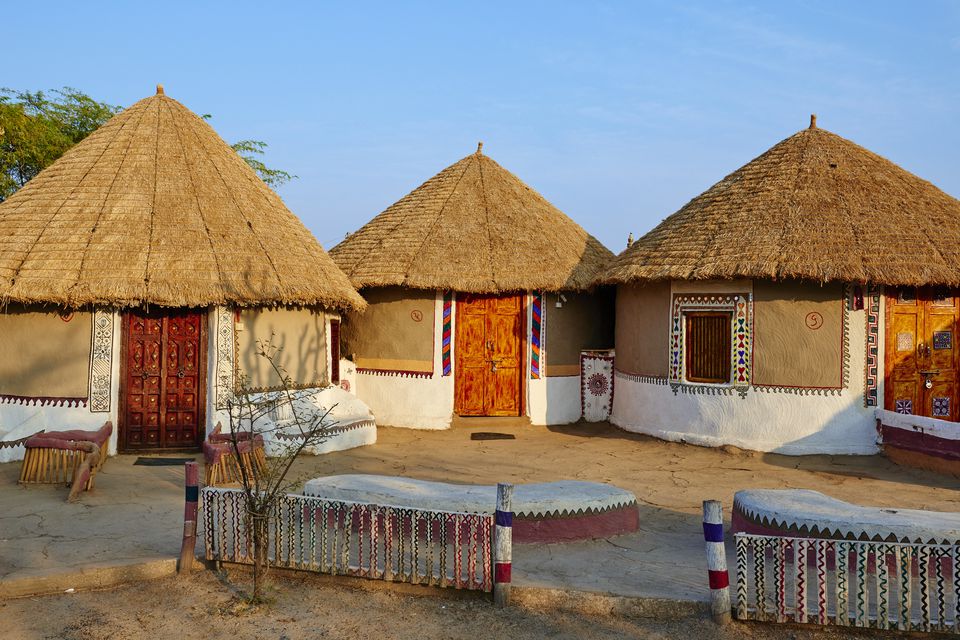 Kachchh has been one of India’s richest areas for handicrafts for centuries and craftsmen have perfected their craft, creating remarkably fine textiles of superb quality all these years. There are a lot of village communities in Kachchh that are scattered all over the province where you will find craftsmen who specialise in wood carving, block printing, pottery, bell making and a lot more. Hire a local guide using Bhuj as your destination of departure and you can visit every single important village of Kachchh that suits your taste and interest. The famous Living & Learning Design Centre Crafts Museum is a place for you to get in touch with the region’s creativity, and you can also pick up superb textiles and weavings at the Kutch Mahila VikasSangathan, Kala Raksha, Shurjan and Khamir cooperatives around Bhuj. 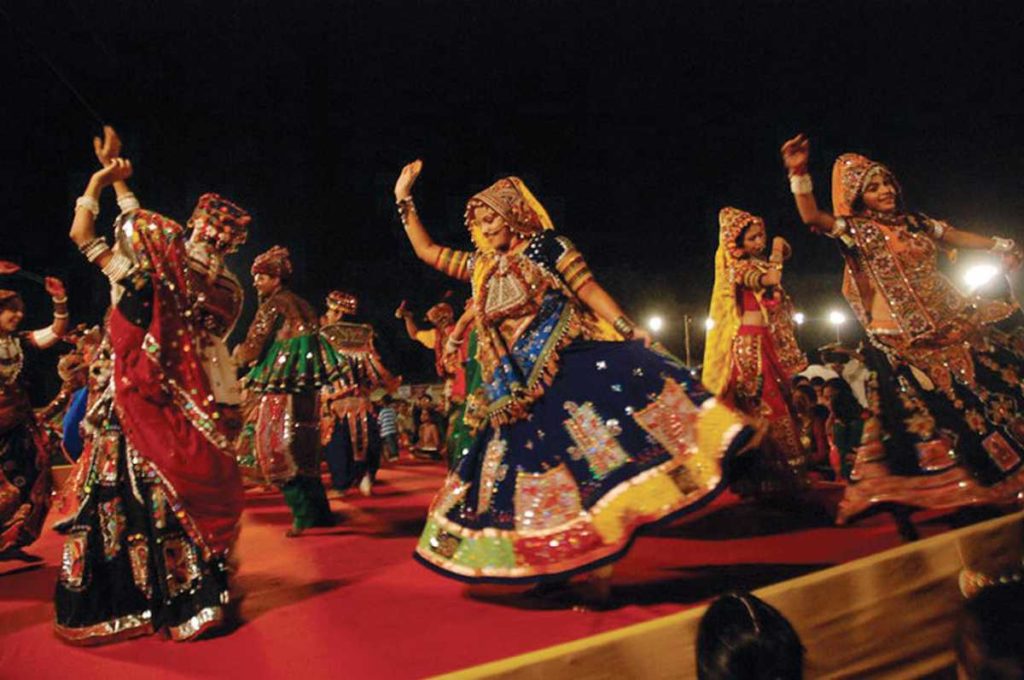 Gujaratis are famous for celebrating festivals like none other in the country and during this time you can experience the amazing Gujarati cuisine which is famous all across India for its lavish spices and flavours. During the festivals chefs and street-food vendors go into overdrive mode. During the famous Navratri festival that comes usually in September or October, Hindu devotees honour the goddess Durga, and perform dances and swap the standard Gujarati menu for specially made dishes that do not contain meat or grains. Then there is the Uttarayan Kite Festival which comes in the month of January and is another extraordinary spectacle, as during this time you will see the skies over Ahmedabad and other cities filled with a kaleidoscope of kites. You will be witnessing enormous whales and tigers to tiny kites fighting each other. During this time the food carts serve seasonal treats such as jalebi and undhiyu. In the month of November, the Rann of Kachchh becomes the centre of attention it becomes a tent city that emerges from the salt plains for the famous Rann Utsav, and hosts everything from dance and music performances to some really great food stalls. 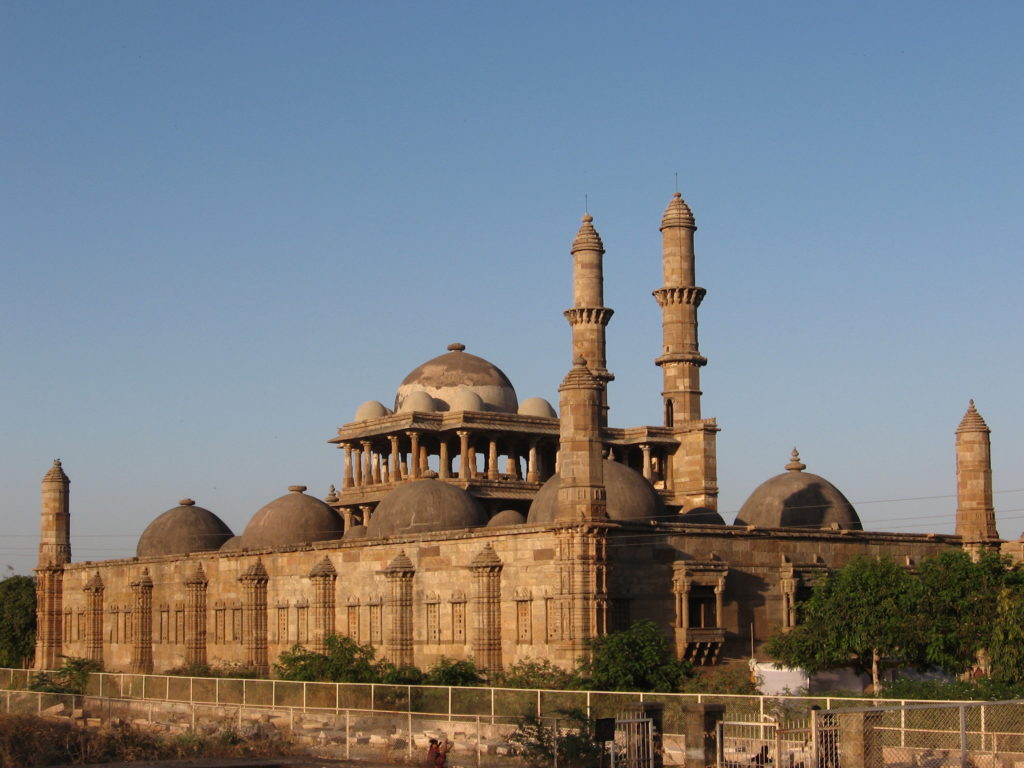 There are very few sights in Gujarat that will sweep you off your feet like the famous Unesco Heritage Site, Champaner. Home to the famous temple of the evil-destroying goddess Kali at the Kalikamata Temple atop the sacred volcanic hill of Pavanar, Champaner is worth every single second of your time and the three-hour pilgrim trail and ropeway for the all-encompassing views from the top are a must if you want to witness extravagance. 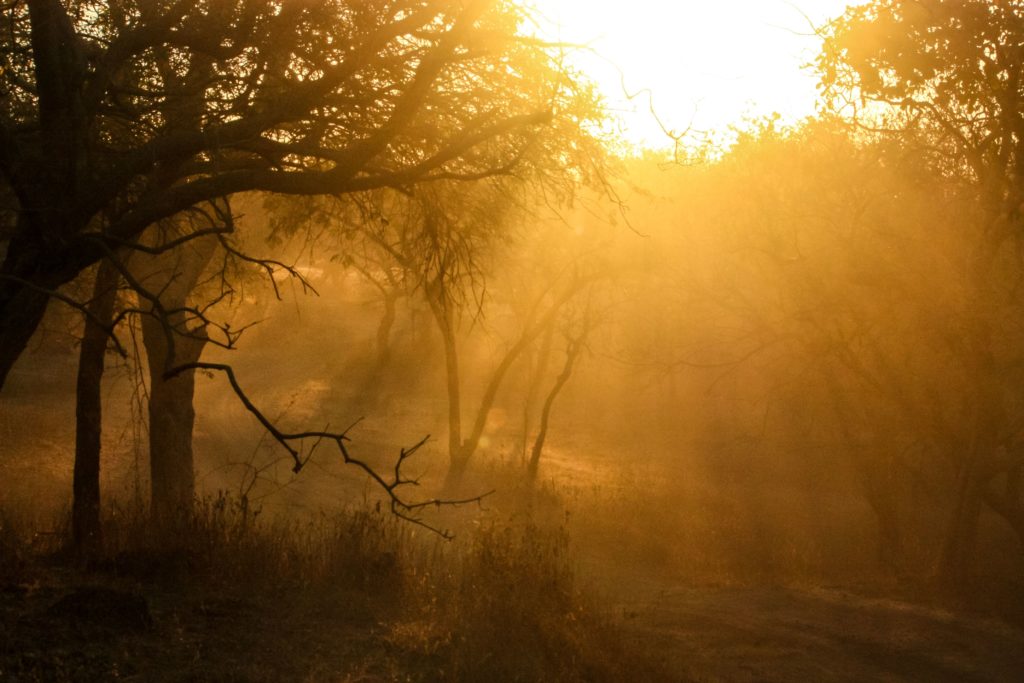 Gir national park is a hilly, forest set between Veraval and Junagadh with a 1412 km area and serves as the last refuge of the Asiatic lion. The majestic Asiatic lion can be spotted between the months of December and April. Gir is a massive success story, when it comes to conservation as the number of lions has doubled since the 1960s, and this is why you are guaranteed of seeing the big cats. You need to get an authorised safari which is the only access to the park and has to be booked in advance. While driving through the thick forests, you will spot a lot of wild animals like the chinkaras (gazelles), dainty chital (spotted deer), nilgais (large antelopes) and elusive jaguars, if you are lucky. A large number of travellers stay at the wildlife lodges and hotels in and around the little town of Sasan. You can always opt for something more luxurious, like the newly opened eco-resort, Woods at Sasan.

Gujarat is a culturally rich state and is home to several religious sites. Inappropriate clothing is a strict no-no. For those travelling from the western countries, it is best that you carry appropriate clothing and medicines along. Make sure that you plan your trip in advance and book your flights to get the best deals on your last minute flight tickets to India. If you want to travel in luxury, you can always book business class tickets but just make sure that you don’t pay too high a price for them.