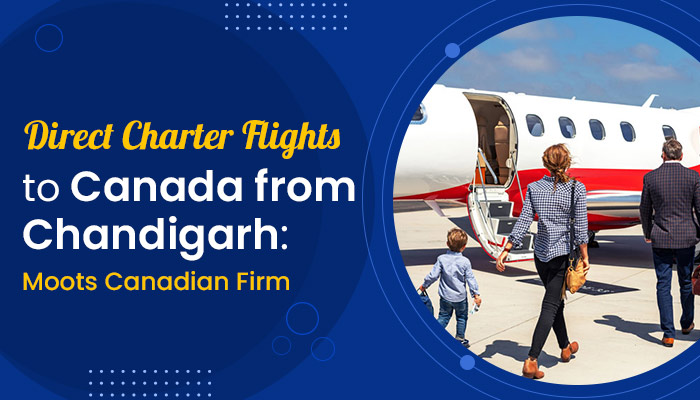 The Canadian firm Dogwerx International Capital Corporation has approached the Chandigarh International Airport to put forward their proposal about beginning charter flights to Canada from Chandigarh. The officials concerned have given their nod for the welcome proposal and as the plan takes off it is going to bring a great deal of relief for the Indian Diaspora in Canada. It will also make the journey from Canada to Chandigarh a lot easier.

It’s been six years since the Chandigarh International Airport was inaugurated by Prime Minister Narendra Modi in 2015 and yet there are no flights from here to Canada. The airport is credited with only two international flight operations one to Dubai and the other to Sharjah. The Canadian firm has brought up the proposal to start direct charter flights to Toronto and Vancouver from Chandigarh. Flypop Airlines in the past had also talked about commencing direct charter flights to London from Chandigarh International Airport.

Rakesh Ranjan Sahay, the Chief executive Officer (CEO) of Chandigarh International Airport has said, “The Canada based company has approached us for starting charter flights for the two cities of Canada. We have given them a go-ahead and are now waiting for the final nod. Once the plan takes off, it will come as a huge relief to the Punjabi Diaspora in Canada.” He has also said about how these flights will be brought into operation. Initially there will be seasonal flights for the first three months on a 200 seater plane. Later, after reviewing the response of the public, the capacity along with the frequency will be increased on the flights.

Six years have gone by since the PM of India Mr. Narendra Modi had inaugurated the International airport in Chandigarh. But, still the airport does not offer passengers the privilege to book direct flights to Canada or the United Kingdom. There are just two international flights that operate between Dubai and Sharjah. Flight to Dubai is operated seven times from the airport in a week while to Sharjah there are just two weekly flights. These flight operations were thwarted multiple times during the Covid 19 pandemic. Canada to India flights are often one of the most sought after flights. Moreover, the passengers who look forward to booking these flights are predominantly Punjabis.

Sanjeev Vashisht, a member of Chandigarh International Airport Advisory Committee, has said, “We have been trying for more international flights, even though a case is pending in the Punjab and Haryana high court regarding this. The international airport was built for the promotion of trade, which is possible only through connectivity to multiple parts of the world, along with a wide domestic network,” he said.

Last year in November, air cargo facilities were also launched from the International airport in Chandigarh but are still kept on hold as an approval is awaited from the Airport Authority of India.