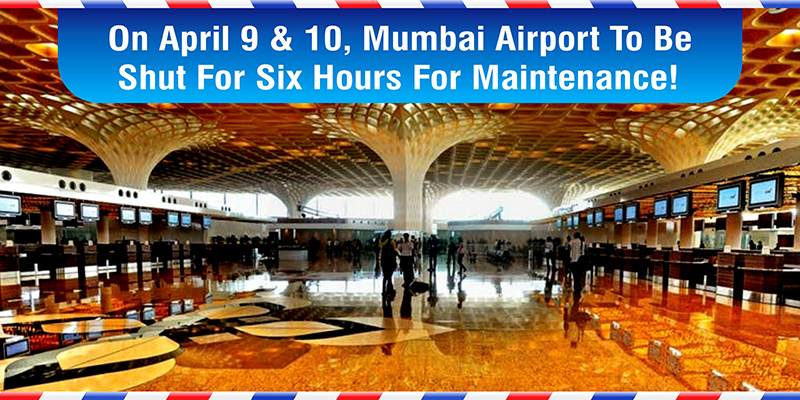 The Mumbai airport on April 9 and 10, 2018 will be closed for flight operations. The closure is being done for the maintenance work between 11 am to 5 pm.

Earlier, the officials from the Mumbai International Airport Limited (MIAL) had said that the maintenance of Instrument Landing System (ILS) is being supervised. Passengers, who will be traveling on these two dates can expect a message from airlines intimating them about the rescheduling of flight.

In March 2018, the Indira Gandhi International Airport in Delhi and Mumbai’s Chhatrapati Shivaji International Airport both were declared as joint-best in the world by Airports Council International, which was in the ‘over 40 million passengers annually’ category for the year 2017. The category includes the world’s most awarded airports like Changi in Singapore, Incheon in South Korea and various Bangkok airports.