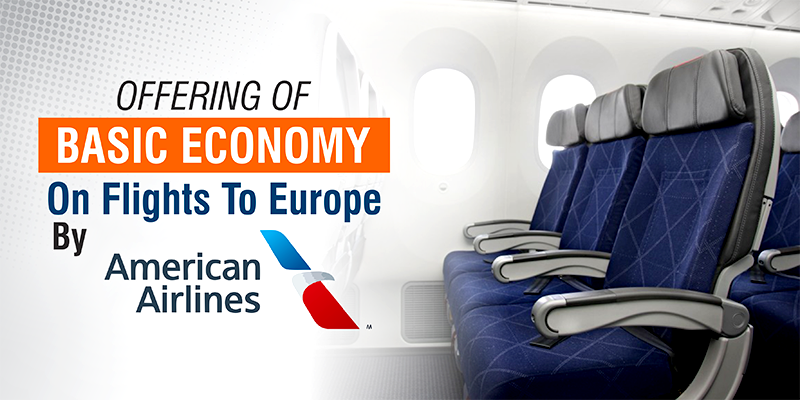 American Airlines have announced that it will start selling no-frills tickets on some flights to Europe in a few weeks. The customers who’ll be buying a basic economy ticket will get the cheapest available fare and also they’ll have to pay a fee to check a bag.

Basically, the no frills tickets are that service which do not comprise any extra features. By offering no-frills flights, you can save a lot of time and it doesn’t cost substantially more than train tickets.

The boarding of these passengers will be in the last and they won’t be able to enjoy all the upgrades.

Talking about the eating options, the snacks, meals and soft drinks will be offered like other passengers in the economy class only.

The announcement made by the American matches a similar move by Delta Airlines, both being the rivals.

American Airlines has also stated that they will start selling tickets in April but there is no confirmation on when the flights will start and where they will be flying to.