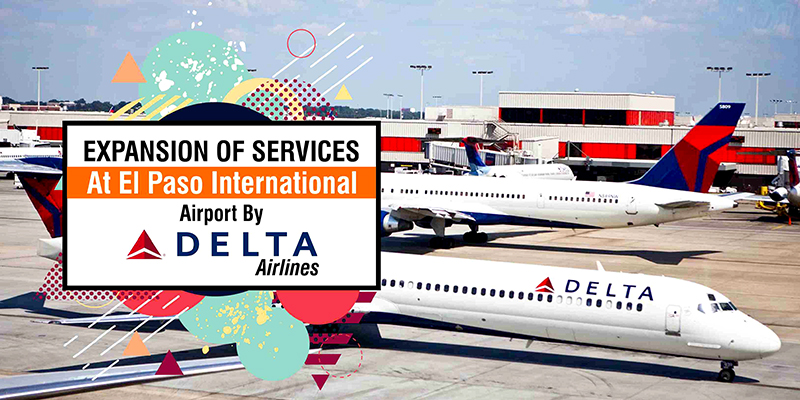 “Transportation is essential to a growing community such as ours, we welcome the investments that our airline partners are making in El Paso to improve the connectivity of our great City,” Mayor Dee Margo said.

The new service will be complementing the existing Delta flying of three peak-day departures from El Paso with global connections from the airline’s hub at Hartsfield-Jackson Atlanta International Airport.

The CRJ-900 aircraft employed by Delta Connection carrier SkyWest Airlines is furnished with 12 seats in First Class, 44 in the main cabin and 20 in Comfort+. Via Delta Studio customers will be having the access to in-flight Wi-Fi as well as to the streaming in-flight entertainment.

This is a new non-stop destination for a major hub for Delta, and El Paso International Airport. This new route opens up connectivity to the West Coast and Midwest.

Monica Lombraña, A.A.E., Managing Director of Aviation and international Bridges said that it is the 11th new non-stop flight that has been announced by El Paso International airport since 2016. They are making great strides towards accomplishing their goal of growing the core business of air transportation.