United Airlines Is Offering The Daily Service Between Houston & Havana! 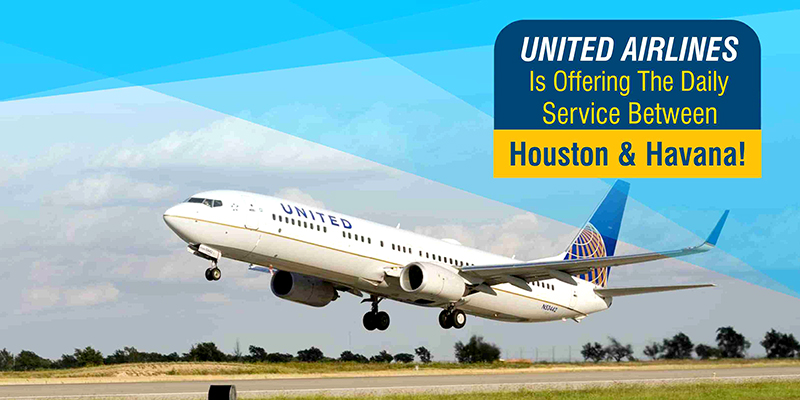 United Airlines announced that it is going to increase the service between Houston’s George Bush Intercontinental Airport and Havana’s José Martí International Airport beginning July 20. With either Boeing 737-800 mainline aircraft or Embraer E175 regional aircraft, United will operate the new daily service between Houston and Havana. The passengers can also purchase tickets.

The Houston Mayor Sylvester Turner said, “This expansion to Havana will provide significant public benefits to our city, region, and state. As a diverse global city – in which many people speak Spanish – we are heavily reliant on international travel for our economic success. Worldwide access to Houston by air helps bring financial health back to Houston after Hurricane Harvey. The addition of Havana to Houstonians’ travel options will also help us build cultural bridges with our neighbor nation across the gulf.”

The United’s vice president of International Network Patrick Quayle said, “United’s new daily service to Cuba will offer more opportunities to connect our customers traveling from Houston and the central and western United States directly to Havana. Houston is United’s gateway to Latin America and its convenient location offers customers easy access to connect to 44 destinations across our broad domestic network.”

United will operate service between Houston and Havana with either Boeing 737-800 mainline aircraft or Embraer E175 regional aircraft.

The E175 also offers more personal space for customers, with wider seats and aisles than other regional aircraft. It also offers a power outlet at each First class seat, Wi-Fi, free access to movies and TV shows on their personal devices and large overhead bins for carry-on bags.