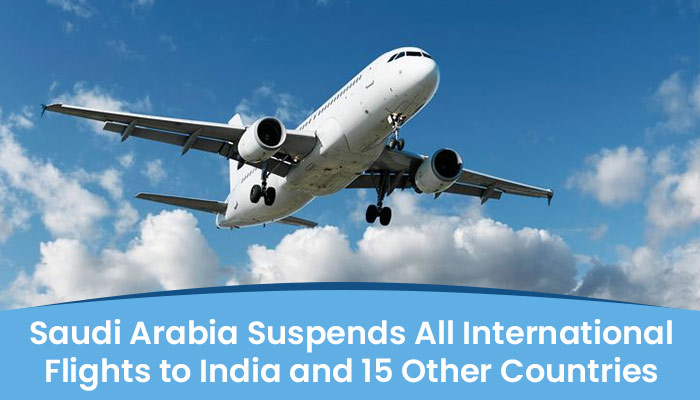 After a rapid surge was seen in the covid-19 cases in Saudi Arabia, the Kingdom has banned all the flights to India including fifteen other countries. The other fifteen countries to which the citizens of Saudi Arabia are not allowed to travel to are Ethiopia, Somalia, Yemen, Afghanistan, Iran, Turkey, Syria, Lebanon, Venezuela, Belarus, Armenia, Vietnam ,Indonesia and Libya and The Democratic Republic of Congo.

Moreover, the Ministry of Health in Saudi Arabia has also made an announcement that there are no monkey pox cases in the country yet. Minister of Health for preventive health Abdullah Asiri has assured that the Kingdom is efficient in dealing with every medical emergency and is keeping track if any case emerges.

According to the World Health Organization, until now there are 80 cases in 11 countries of monkey pox. The global health body is monitoring and working to understand the cause of the outbreak. It also said that the virus is endemic among some animal populations in some countries. That is the reason why it leads to occasional outbreaks in local populations and travelers.