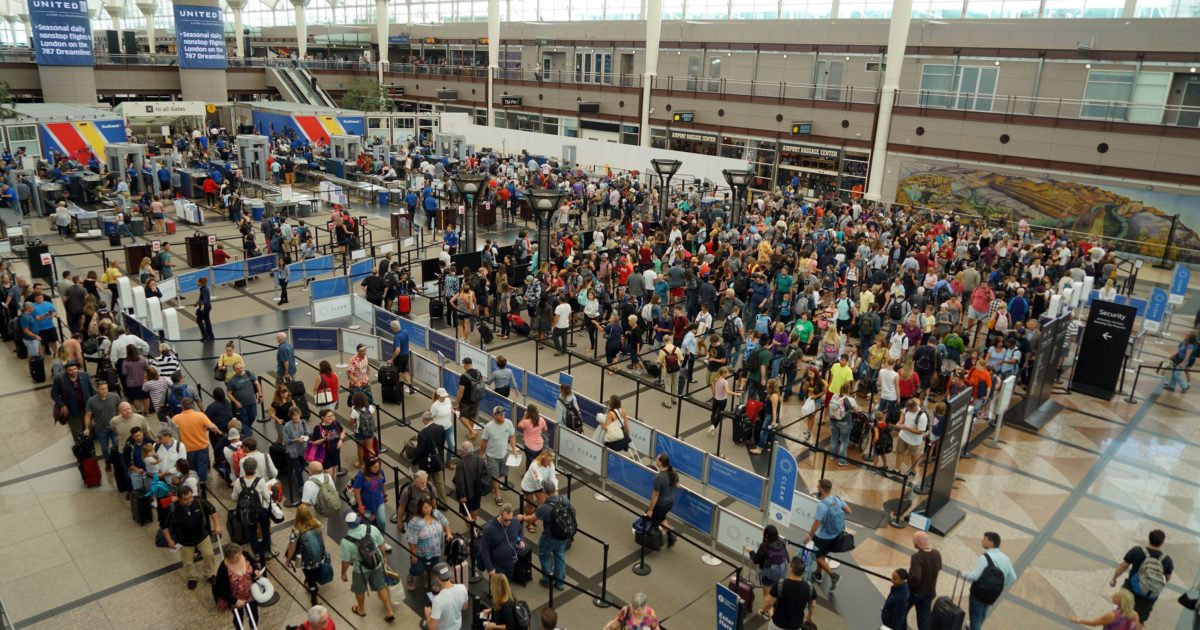 Served more than 61 million passengers last year, Denver is the nation’s fifth-busiest airport, and according to managers the newly launched renovations will be increasing its capacity to 80 million. One of the obvious renovations will be to the “Great Hall,” which is the iconic white tented main terminal that represents Colorado’s snow-capped peaks and when first opened offers a calm and peaceful experience for departing passengers.

The TSA didn’t exist and passenger expectations of an airport were vastly different, when the airport opened in 1995,” airport CEO Kim Day said in announcing the renovations. “Today, the Great Hall is well above its design capacity of 50 million passengers and is filled with noisy passenger screening operations and has no space in which to accommodate growth. The Great Hall project will reconfigure and better utilize the existing space in the terminal to create a safer, more efficient and better travel experience while returning the Great Hall to its original purpose of a travelers’ oasis.”

Opened in 1995 to great fanfare, Denver is one of the nation’s newest airports, and honored for its spacious terminal building which is filled with public art and natural light. The modifications driven by TSA-run security has created a circus like atmosphere as thousands of passengers have to wait to take off their shoes and remove liquids from their bags. The airport will be featuring automated security lines of the kind used by airports in London and Atlanta by late 2020.