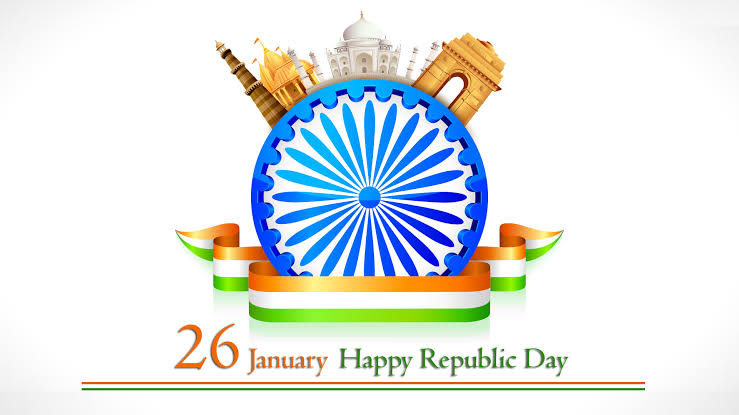 After being independent on 15th August 1947 the constitution was enforced on January 26, 1950. Every year this day is celebrated as Republic Day.

Let’s make this Republic Day special by witnessing it at most celebrated places. So, book flights to India in advance because the at last moment it  going to be overbooked due to more number of travelers.

Republic Day of India is celebrated on January 26 since the year 1950. This day has a great significance in the history of the democracy of the country. On this day, there is a holiday in the country. The grandest celebration is held at Rajpath in New Delhi in form of a parade.

How Republic Day is celebrated in Delhi?

On Republic Day, flag hoisting ceremonies and parades are the main highlights of this day. It is celebrated by armed forces and school children in different parts of the country.

People gather here to watch the showcases of a multi-hued image of the country’s rich cultural heritage and military bravery display.

The day is started by the President and Prime Minister of India. This national event lasts for about three hours that is started from Rajghat.

One of the main functions of the Republic Day Parade is to pay tribute to the martyrs who have sacrificed their lives for the country and to confer bravery awards on military persons, citizenry and children for showing courage in the face of adversity.

Other than this the horse-march is another important part of this celebration. Further, the parade is followed by regional dances, patriotic songs, and military bike shows. 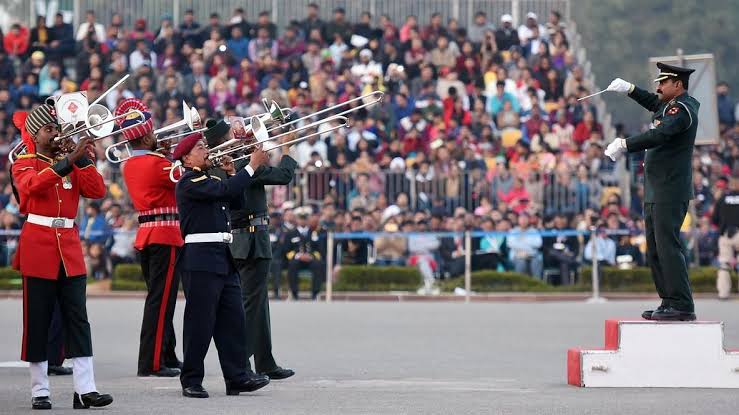 Beating The Retreat is the name given to the festivities celebrated at the end of Republic Day. Basically, Republic Day is celebrated from 26th to 29th of January. On the evening of 29th January, the Beating the Retreat ceremony is conducted.

On this day, the massed bands of the three forces play popular marching tunes; that’s why it is called Beating the Retreat Ceremony. Further, the day is celebrated by drummers who give a solo performance which is followed by drummers play “Abide With Me”.

Other than this, bugle call for Retreat and band performance, and marches follows the function. After this, the ceremony is completed by a march back playing a popular martial tune Saare Jahan Se Acha.

Exactly at 6 pm, the buglers sound the retreat and the National Flag is lowered while singing the National Anthem to give this national festival a formal end.

Get closer to the Republic Day Celebration in Amritsar, Punjab: 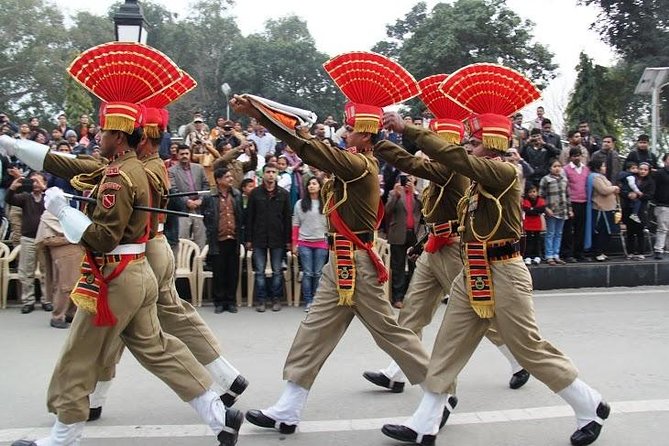 Amritsar holds immense importance when we talk about the history of India. The main celebration is held at Attari Wagah Border which is the only road border that crosses between India and Pakistan. In this place since 1959, a retreat ceremony is held. While lowering the flag the Border Security Force of India and the Pakistan Rangers soldiers perform an energetic parade. Many people come here to witness this charming view from all over the country.

Other places you can visit on Republic Day:

How to Reach: You can reach here through the nearest airport Gwalior which is 103 km from Jhansi.

How to Reach: You can reach here through the nearest airport. It is 5 km from the main city centre.

How to Reach: The nearest airport to Jallianwala Bagh is Sri Guru Ram Dass Jee International Airport in Amritsar which is just 14 kilometers away.

How to Reach: Red Fort is located in the heart of Delhi and Indira Gandhi International Airport is the nearest to it.

How to Reach: The nearest airport to Tawang is the Tezpur Airport in Assam that is about 143 km from Tawang.

Some Interesting Facts about Republic Day

It is the time when all the Indians proudly fly their tricolor Flag, sing patriotic songs like “Vande Mataram”, “Jan Gan Man” and pay tribute to freedom fighters. So, it’s the best time to plan ahead, visit India and be a part of this great national festival.