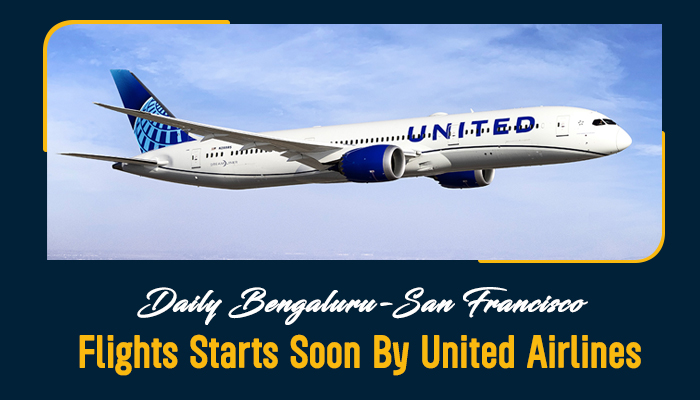 By the end of 2022, United Airlines plans to begin daily flights between Bengaluru and San Francisco!

United Airlines plans to commence daily service to San Francisco from Bengaluru’s Kempegowda International Airport in the fourth quarter of 2022, according to airport officials.

The airport stated in a statement on Monday that Qantas, Australia’s national airline, would begin operating four weekly flights to Sydney on September 14 as part of an update on foreign flight operations.

Besides two weekly flights to Tel Aviv, Air India and American Airlines are planning daily flights to Seattle, according to the airline.

A few months before the start of the pandemic, additional routes were established and have already been linked.

According to the report, flights to Addis Ababa, Amsterdam, and Tokyo Narita have been restored from Bengaluru, thanks to Ethiopian Airlines, KLM, and Japan Airlines, respectively.

As of May 2022, the Kempegowda airport will link 23 foreign destinations, the most number of destinations in South India.

A statement released on May 4 said that the average daily foreign passenger count had reached 9,300 by the fourth week of May, up from 6,500 in April and 5,500 in March.