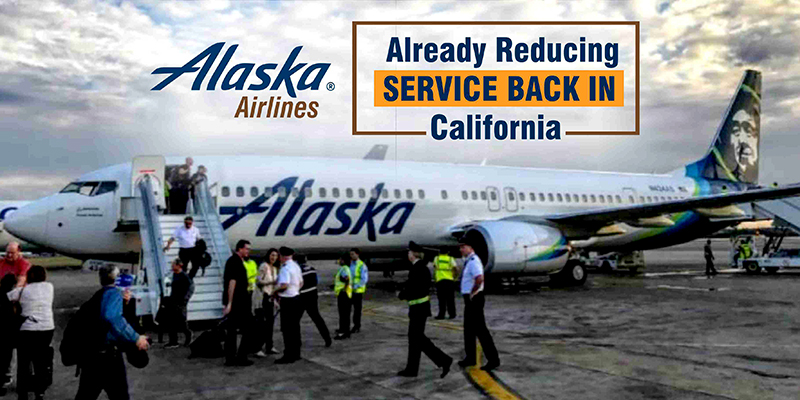 The service to five cities will be eliminated or reduced by Alaska Airlines which it is currently serving from San Francisco International Airport SFO in what the Seattle-based carrier called a move to improve efficiency. It is also said to make schedule reductions at Los Angeles International Airport LAX.

Cutting the rounds in Southern California is also being planned in Alaska. On July 5, non-stop flights from Los Angeles International Airport to Orlando will see an end. Non-stop flights from LAX to Havana and Cancun are also discontinued by the Airline in January 2018. After May 19, Alaska’s flight to Mexico from San Diego will be eliminated.

Oriana Branon, Alaska Airlines Director of Community and Public Relations for the Bay Area said that they need to utilize aircraft elsewhere on the route map as there has been low demand for these flights.

Branon also said that the terminated routes will be re-accommodated on Alaska Airlines flights via its Seattle hub for the passengers who are still holding their reservations.